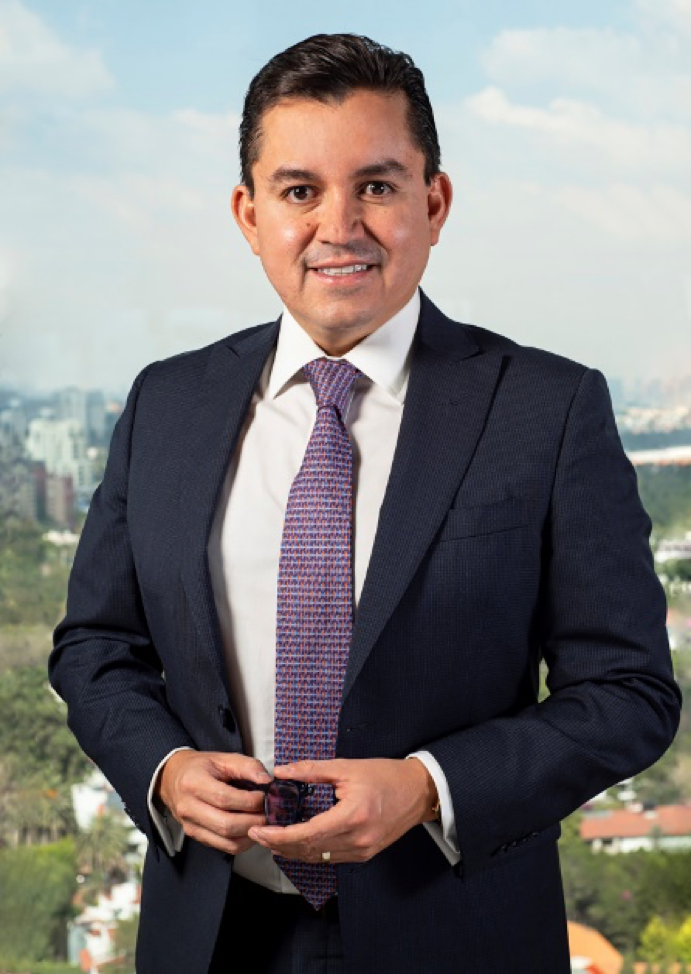 Ricardo was born in Mexico City. He has a bachelor’s degree in Political Science and International Relations from the Center for Economic Research and Teaching (CIDE), and a master’s degree in International Law from Tecnológico de Monterrey.

Ricardo has also a Diploma on the Relation between Mexico and the United States by CIDE and Colombia University’s School of International and Public Affairs.

In 2008, he joined the Secretariat of Economy (Secretaría de Economía), where he held several positions in the Undersecretariat of Foreign Trade.

As part of his career at the Secretariat of the Economy, Ricardo was a member of the Mexican international trade negotiations team. He negotiated the technical barriers to trade commitments under the Amending Protocol to the Mexico-Cuba Economic Complementation Agreement Num. 51; the Mexico-Panama Free Trade Agreement, and the Additional Protocol to the Framework Agreement of the Pacific Alliance. Between 2013 and 2014, he was president of the Administrative Commission of the Regional Agreement No. 8 under the Latin-American Integration Association (ALADI).

From January 2019 to September 2021, Ricardo was Director General for International Trade Disciplines in the Secretariat of Economy, where he was responsible for the implementation of commitments under several USMCA chapters. In particular, he worked in the preparation and legislative approval of the Quality Infrastructure Law; the Federal Law for the Protection of Industrial Property; the amendments to the Federal Copyright Law and the Federal Criminal Code, as well as the Agreement of Environmental Cooperation between Mexico, the United States and Canada. He was also responsible for the preparation and negotiation of the first Mexican sub-federal Government Procurement in the framework of the Modernization of the MX-EU FTA, as well as the Agreement for the Mutual Recognition and Protection of Designations for Spirit Drinks, between Mexico and the United Kingdom.

After the entry into force of the USMCA, Ricardo was also responsible for the administration of the Rapid Response Labor Mechanism, as part of the team that worked to address the first requests for review that Mexico received under the Mechanism.

In the academic field, Ricardo is professor in the International Trade Negotiations Diploma, organized by El Colegio de Mexico and the Secretariat of Economy.

Ricardo is currently an Individual Member to the Mexican Council on Foreign Relations (COMEXI).

Ricardo works comfortably in Spanish and English language, and he can communicate in French.